'Open and obvious’ rule no longer obvious after 'Dos Santos' 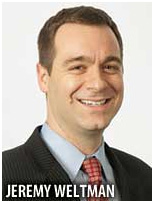 There used to exist a bright line rule in Massachusetts jurisprudence called the "open and obvious" defense. While it is true that an owner of land owes a legal duty of care to all persons lawfully on his premises, the open and obvious defense provided that where a danger would be so open and obvious to a person of ordinary perception and judgment, a landowner could reasonably assume that a visitor had knowledge of it and, therefore, was relieved of the duty to warn about such danger. O'Sullivan v. Shaw, 431 Mass. 201, 204 (2000) (holding landowner had no duty to warn visitor of open and obvious risk of diving into shallow end of in-ground pool).

Recently, the Supreme Judicial Court has been making small but significant changes to the old rule.

Over the past decade, defendants have been quite successful in dispositive pre-trial motion practice in cases in which the plaintiff's alleged injury was sustained as a result of some act or omission on the part of the plaintiff, which was obviously a bad idea to a person who was exercising reasonable care for his own safety.

However, the SJC took its first good swing at the old rule in the snow and ice case of Soederberg v. Concord Greene Condo. Ass'n, 76 Mass. App. Ct. 333, 338 (2010), when it decided that a landowner is "is not relieved from remedying an open and obvious danger where [the landowner] can and should anticipate that the dangerous condition will cause physical harm to the [lawful visitor] notwithstanding its known or obvious danger."

As a practical matter, that meant that even if the danger that caused injury to the foolhardy plaintiff was fairly obvious, where the danger was so blatantly obvious that a landowner could foresee that someone just might hurt themselves anyway, the landowner could no longer claim it had no duty to the plaintiff by way of filing an early motion for summary judgment asking the court to dutifully dismiss the case.

The direct upshot was that more of those sorts of cases were surviving toward settlement and/or trial.

Next, in deciding the case of Papadopoulos v. Target Corp., 457 Mass. 368, 379 (2010), the SJC reiterated its change to the old rule when it abolished the classic natural versus unnatural accumulation rule in snow and ice cases in Massachusetts. There, the court explained that, indeed, the prevalence with which lawful entrants encountering an open and obvious hazard believe it can be encountered safely is relevant to the question whether the landowner "can and should anticipate that the dangerous condition will cause physical harm to the [lawful entrant] notwithstanding its known or obvious danger."

Papadopoulos clarified that while the reasonableness of the plaintiff's decision to encounter the obvious risk bears on the question of his comparative fault for his injury, "[i]t is not, however, conclusive in determining the duty of the [landowner], or whether he has acted reasonably under the circumstances." Papadopoulos, 457 Mass. at 379 (ultimately holding that regardless of natural versus unnatural accumulations, a duty to remedy exists when experience dictates that visitors will often choose to cross snow- or ice-covered walkways despite risk).

In Dos Santos, the plaintiff was seriously injured when he unsuccessfully attempted to flip into a 2-foot-high inflatable pool from a 3-foot-high trampoline that had been set up directly adjacent to it in the backyard of a property he was renting from the defendants. He brought an action in Superior Court against the defendants, claiming that they were negligent in setting up and maintaining the trampoline next to the pool and in failing to warn him of the danger of jumping from the trampoline into the pool.

Following a defense verdict by the jury, the plaintiff appealed, arguing that the judge erred in instructing the jury on the "open and obvious danger" rule without giving a requested instruction on a recognized exception to that rule, based on the Restatement (Second) of Torts §343A, and acknowledged in the recent Soederberg and Papadopoulos cases.

After the Appeals Court affirmed, the SJC took up the issue on an application for further appellate review. Ultimately, the Dos Santos court reversed, concluding that "a landowner has a duty to remedy an open and obvious danger, where he has created and maintained that danger with the knowledge that lawful entrants would (and did) choose to encounter it despite the obvious risk of doing so." Id. at 2.

So what happened? How can attempting a flip from a trampoline into a 2-foot inflatable pool not qualify as such an open and obvious danger as to relieve the defendants from liability?

Relying heavily on application of §343A of the Restatement (Second) of Torts, and comment f thereto, the Dos Santos court concluded that "although a duty to warn of an open and obvious danger would be superfluous because an open and obvious danger provides its own warning, a landowner is not relieved from remedying that danger where he knows or has reason to know that lawful entrants may not heed the warning for a variety of reasons, including their own failure to exercise reasonable care."

In so doing, Dos Santos has reformulated the old open and obvious rule to provide that where the only viable theory of negligence alleged is a negligent failure to warn, the open and obvious nature of the danger causing the injury may still relieve the landowner of any duty vis-à-vis that danger.

However, in cases in which a negligent failure to warn is not the only viable theory of negligence alleged, the landowner may still owe a duty to the lawful entrant to remedy an open and obvious danger.

On a practical level at trial, with respect to the specific alleged error as to the jury question raised on appeal in Dos Santos, the SJC stated that the jury's determination in answering the first special question that the danger created by the trampoline and pool was open and obvious was not dispositive of the defendants' duty of care.

Ultimately, directed the Dos Santos court, the trial judge should have further instructed the jury regarding the duty to remedy; e.g., a special question should have been posed to the jury directing it to determine whether, as a matter of fact, and notwithstanding the open and obvious nature of the danger, the defendants reasonably could and should have anticipated that someone would be injured as a result of jumping from the trampoline into the pool.

In other words, notwithstanding a failure-to-warn cause of action, the open and obvious rule no longer provides the defense bar with the proverbial easy out on ultimate liability as it once did.

Jeremy Y. Weltman is a civil litigator at Gregg, Hunt, Ahern & Embry in Cambridge where he represents and advises individuals and businesses in a variety of disputes including commercial, complex tort and construction litigation matters.